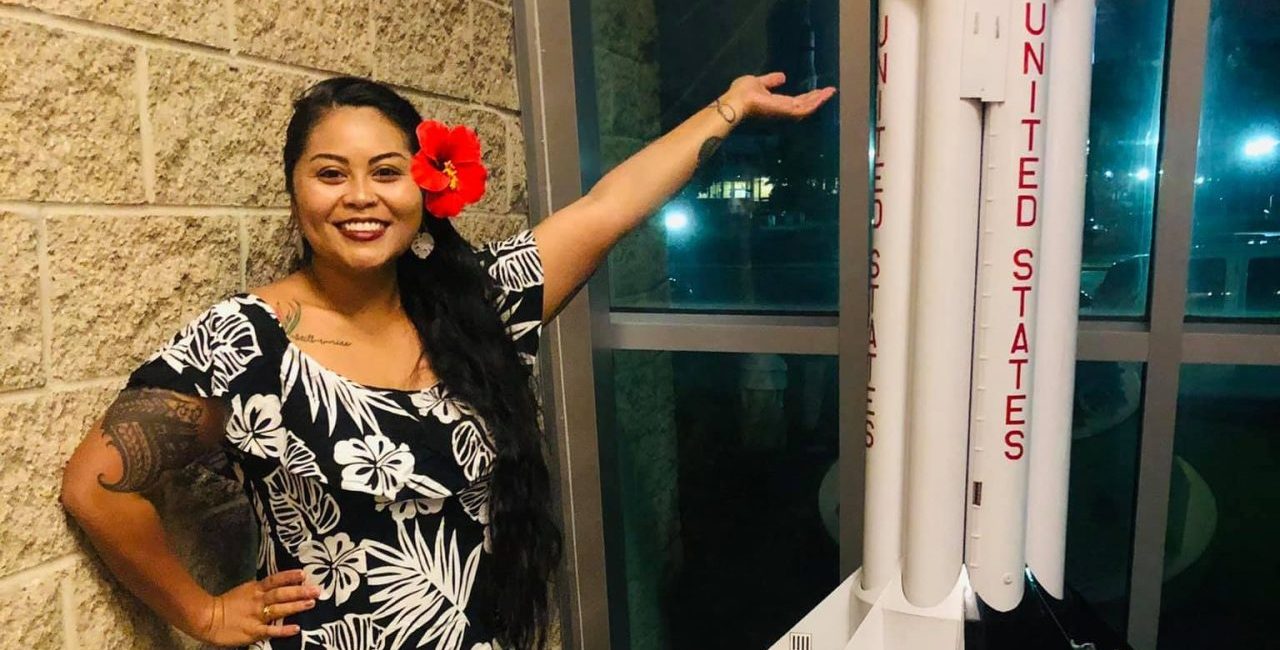 HUNTSVILLE, Ala. (WIAT) — When the American Samoan Teacher of the Year came to attend Space Camp in Huntsville, Alabama, alongside her decorated colleagues, she was already concerned about the state’s reputation of discrimination. Space Camp, however, was a place where inclusion was the norm. She forgot about the concern. She tried to leave Huntsville International Airport Monday morning, but American Airlines treated her based on her skin color, not her character.

Birmingham recall: Ella May Harris (age 7) loses both her arms in Norwood

Sabrina Suluai-Mahuka had been invited, along with all State Teachers of the Year, to attend Space Camp on the site of the U.S. Space & Rocket Center museum at NASA’s Marshall Space Flight Center.

She said that her experience at the camp was exceptional in an interview with CBS42.

“I loved everything about Space Camp,” she said. “The staff there were very professional. They were very inclusive. I would’ve loved more representation among the speakers there, but other than that we were always well taken care of.”

Her experience was transformed at Huntsville International Airport.

Suluai-Mahuka stated that American Airlines denied her overnight accommodation, which she had requested after her flight was cancelled because of severe weather.

“If that had been the whole story, if that would have been their policy for everyone, I would have panicked, but we would have figured it out,” she said. “That would’ve been fine.”

That wasn’t the whole story, though.

A few minutes after she and another Teacher of the Year, a fellow Asian American Pacific Islander (AAPI), had departed the airport, they contacted a third colleague, Ohio’s State Teacher of the Year, Anthony Coy-Gonzalez, a white male, who was on his way to attempt to board what was then a canceled flight. They informed him that he would not be granted accommodations and that they should work together to find their next steps.

Coy-Gonzalez received not only overnight accommodation, but also a food voucher and a taxi. The airline offered more assistance when he was having trouble finding a hotel. Then he had difficulty finding a taxi. American Airlines reimbursed him for Uber.

“My friends and fellow teachers of the year, both AAPI, were denied the privilege I was offered 20 minutes later with the same representatives when our flight was canceled,” Coy-Gonzalez said in a social media post. “They were given nothing but dismissal when they requested help. I walked in, was given a taxi, a hotel and a meal, and was not asked for anything. Same flight. Same time. Same airline. American Airlines, this is not okay.”

Suluai-Mahuka stated to CBS 42 that American Airlines discriminated against her.

“My friend is Korean, and I am Samoan-Filipino, I am dark-skinned, I have tattoos over my body, and Anthony is the definition of a white American male,” she said. “We flew on the same airline. Why did the policy suddenly change when it came to a white male?”

Other teachers have spoken out about the incident.

The pastor of Bethel Baptist Church speaks out on the occasion of the 50th anniversary of the bombing that decimated the church in 1958.

CBS 42 spoke to David Dai, Alabama’s Alternate Teacher of the Year and a Vietnamese-American, about the incident. He was also present at the Space Camp event.

“For me, having had the opportunity to get to know Sabrina, and hearing this story, you realize that it’s one thing to have the title of State Teacher of the Year, but then there’s the reality that regardless of those titles, none of us is really immune from facing discrimination and prejudice,” Dai said.

“I think the incident is a microcosm of what some of us growing up in Alabama are kind of used to,” he said. “Just being brushed off, being pushed aside. It’s something I would like to say that a lot of Alabama would not engage in, but I can’t say that confidently. From personal experiences, I wasn’t surprised to hear that this had happened, but I am saddened and heartbroken.”

“Discrimination has no place at American,” the tweet said. “Please send a DM our way with your flight details and contact information.”

Suluai Mahuka responded to the message via direct message last night, but has yet to hear back from the airline.

For her part, though, Suluai-Mahuka said that she’s not concerned about the money involved, but about bigger changes.

“I want to see American Airlines fix this,” she said. “The money can be pushed aside; it can be replaced. They need to fix their system, because if I hadn’t known what happened with Anthony, I wouldn’t have known I was mistreated. I feel supported both by my community as well as other State Teachers of the year. I can only imagine what someone else would feel if they didn’t have that support. I implore American Airlines: fix your system.”