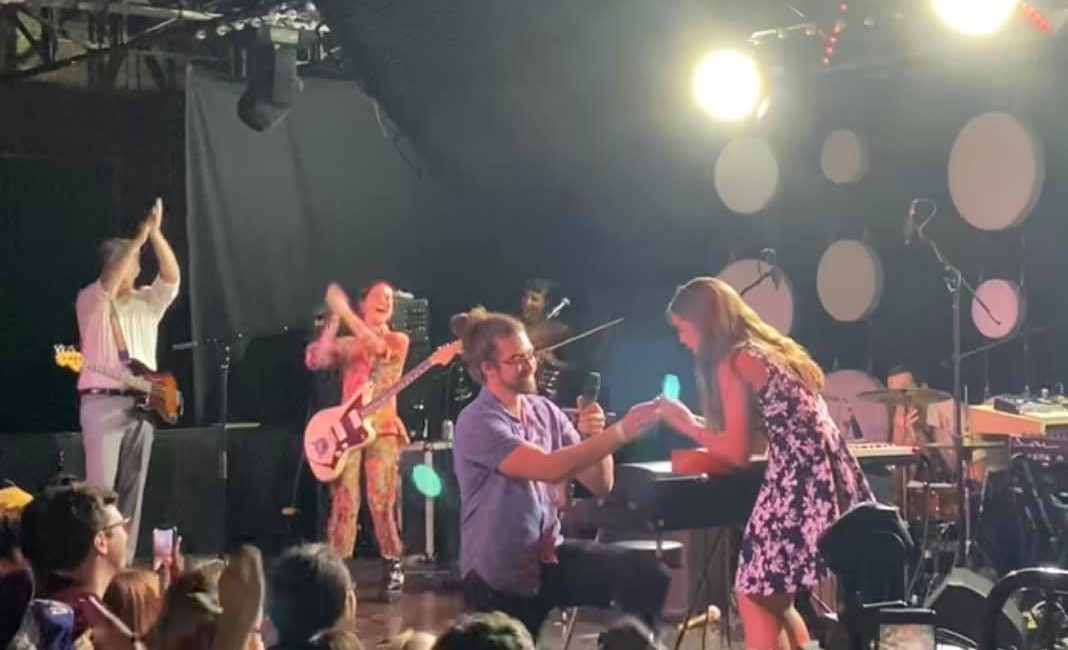 Local couple gets engaged on stage at Saturn in Birmingham 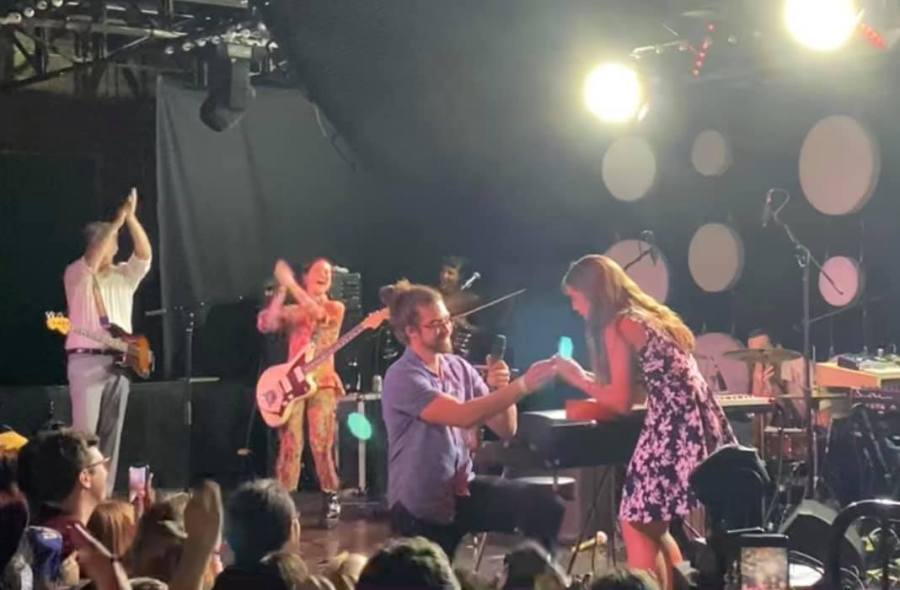 BIRMINGHAM, Ala. (WIAT) — A little over three years ago, Hannah Murphy went on her first date with Griffith Hibbard-Curto to see the band Japanese Breakfast at Saturn. On Sunday night, in front of a sold-out audience at the same venue, Griff popped the question, and Hannah screamed “Yes.”

Murphy and Hibbard Curto first met Japanese Breakfast when they went on their first date.

“He told me a little bit about the band, and I really enjoyed it,” Murphy said.

Since that first date, the band’s popularity has increased by leaps and bounds. The band performed on “The Tonight Show with Jimmy Fallon.” Their latest album, “Jubilee,” charted on the Billboard Top 200. Michelle Zauner (the singer) just released a book, which debuted at number 2, on The New York Times Non-Fiction Bestsellers List.

So when Hibbard-Curto, a political consultant, invited Murphy, a sales specialist, to Sunday’s sold-out show at Saturn, she was already excited. She didn’t, though, expect what would come next.

SEC sends Oklahoma, Texas invitations to participate in conference in 2025

“I had no idea that it was going to happen,” Murphy said. “Griff had told me that a proposal wasn’t going to happen for a while. We’d been talking about engagement, and he had just said it would happen later on. I knew that the band was bigger than they were the first time we saw them. So I thought it would be amazing, but at the same time, I thought this band is so big, I don’t know if he could pull something like that off. Then she said our names, I thought ‘well either he’s proposing or I really should’ve done some vocal warm-ups, because we’re about to sing a nice little duet.’”

A duet wasn’t in the cards, but a proposal was.

“A little over three years ago, Hannah and I had our very first Tinder date right here at Saturn at Japanese Breakfast,” Hibbard-Curto said on stage, “and I knew ever since then that you are incredibly special. And right over there,” he said, pointing, “we had our very first kiss, which was the beginning of a really incredible love story. I love you deeply. You are the most kind, compassionate, considerate and funny person I know. I feel like I couldn’t love you more, but I know I will tomorrow.”

Hibbard-Curto got on one knee: “Hannah Elizabeth Murphy, will you marry me?”

“I was totally shocked,” she said about the proposal. “I just told myself that I needed to and be present because it was going to be a moment I remembered forever.”

Murphy stated that the love they felt after being proposed to by those in attendance was something only found in the Magic City.

“We made so many friends that night,” she said. “It was really special. I don’t know if we would’ve gotten such a warm reception anywhere but Birmingham. It was really sweet.”